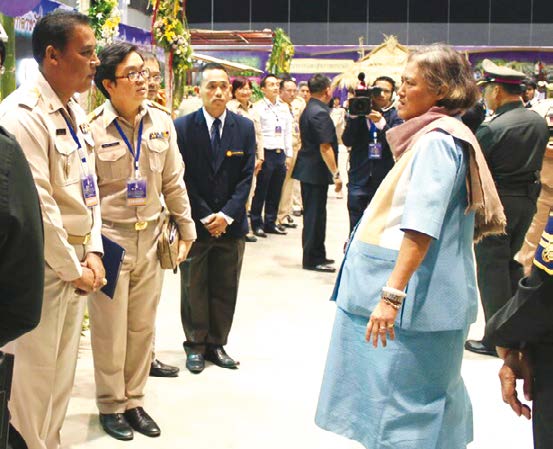 Her Royal Highness Princess Maha Chakri Sirindhorn listens to
the Director of Chiang Mai Technical College presenting a report
on maintenance and repair of a solar power generator
at the Hill Tribe Community Learning Centre while she is attending
the 2015 Annual Symposium on Development of Children and
Youths in Underserved Areas under the Royal Initiative, on January 21, 2015.

Without electrification, remote rural areas could not be developed efficiently. In 2008, the Office of Her Royal Highness Princess Maha Chakri Sirindhorn’s Projects sent a request to the National Science and Technology Development Agency (NSTDA) for the provision of solar power generating systems at schools and hill tribe community learning centres in the Northern provinces of Tak, Chiang Mai, and Mae Hong Son. These schools and learning centres are located in the areas of royal projects initiated by Her Royal Highness.
NSTDA promptly coordinated with several government agencies and educational institutions to deploy solar cells for power generation at 36 hill tribe community learning centres. To date, 12 centres have been taken over and are now under the care of the Department of Alternative Energy Development and Efficiency, under the Ministry of Energy only 24 centres remain with NSTDA.

Hill tribe communities have benefited directly from solar power in the following ways:

Children can watch education programmes on television. They can watch, for example, the distance education programmes from Wangklaikangwol or learn from DVDs with additional explanation from their teachers. As a result, young people can learn faster with better scholastic achievements and have more interest in their studies.

Television viewers can keep up with current news and changing circumstances in the country. They can watch newscast and documentary as well as drama (which may be construed as informal education that helps them understand social etiquette.)

Community members have access to various services. Not only can they learn about local community news, the village news tower also relays news broadcast from the Department of Public Relations’ radio station, and help facilitate community meetings. Other audio-visual equipment, such as amplifiers, television sets and DVD players can be utilized on important occasions (e.g. Father’s , Mother’s and Children’s days, and New Year’s Day). With electricity, community members can now have their hair cut by electric hair clippers. 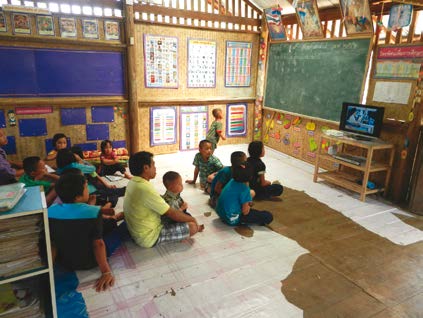 Community members watch the news from television,
using electricity that is generated by solar cells from 18.00-21.00 hrs. 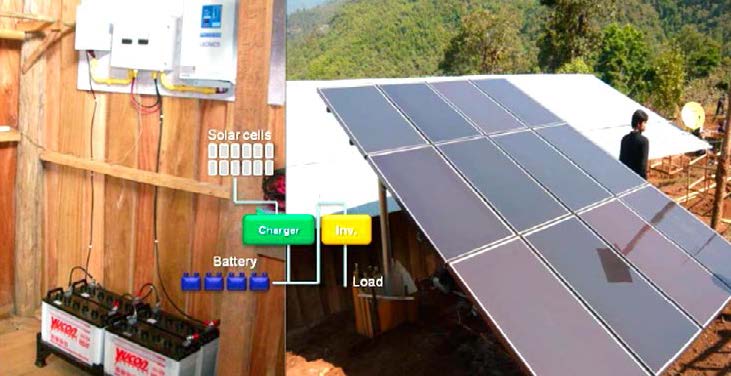 These activities were implemented during the first phase of the project (2008-2011), titled, Pilot project on the management of solar power generating systems in educational institutions and hill tribe community learning centres located in areas under the projects initiated by Her Royal Highness Princess Maha Chakri Sirindhorn. The first phase was a collaboration of NSTDA with several agencies and educational institutions, namely, Office of Her Royal Highness Princess Maha Chakri Sirindhorn’s Projects, Office of the Basic Education Commission, Office of the Non-Formal and Informal Education, Office of the Vocational Education Commission, Institute for the Promotion of Teaching Science and Technology, Department of Alternative Energy Development and Efficiency, and King Mongkut’s University of Technology Thonburi.
During the first phase, the pilot project had laid down the infrastructure that benefited the hill tribe communities concretely. Subsequently, the second phase of the project was launched and implemented during 2012-2014, focusing on follow-up and evaluation. Reporting was done conventionally through paper reports submitted to the Office of the Non-Formal and Informal Education. Telemetry was first introduced on an experimental basis to follow up on the use of electricity and maintenance and repair of solar power generators in order to ensure that electricity was used efficiently for education. 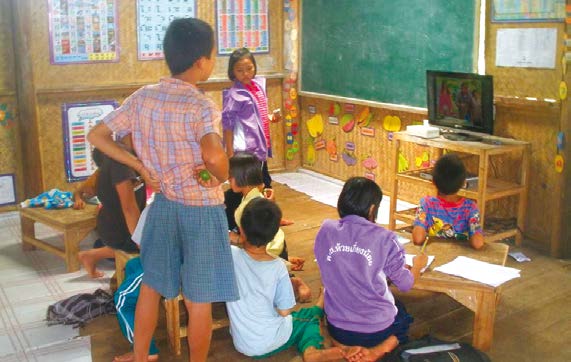 During the second phase, project activities were conducted with collaboration from a number of agencies with NSTDA, namely, Office of the Vocational Education Commission (OVEC), King Mongkut’s University of Technology Thonburi, Rajamangala University of Technology Lanna, Office of the Non-Formal and Informal Education, Border Patrol Police Bureau, and Institute for the Promotion of Teaching Science and Technology (IPST)
Examples of the roles played by certain organizations at different operational procedures may be given as follows: NSTDA carried out research and development of solar cell panels and installed telemetry systems to be used in system monitoring. IPST trained teachers, students, and villagers on solar power generation and included the subject of solar cell panels in its curriculum. OVEC was responsible for maintenance and repair of solar power generators through the assistance of local vocational colleges.
The deployment of solar power generating systems not only benefited directly villagers and their communities, but also reflected the cooperative spirits of several organizations and sectors that joined hands to strengthen the highland communities, thus enabling them to be self-reliant in the long run since good education is the basis of an equitable and just society. Besides, electricity can help create occupations that generate incomes for community members whose economic status will consequently be upgraded. Electricity also contributes to national security when a wide coverage of and access to communication networks enables Thai people living in remote border areas to be informed of current news and other developments in the country as and when they actually occur.

How does telemetry work in hill tribe communities? 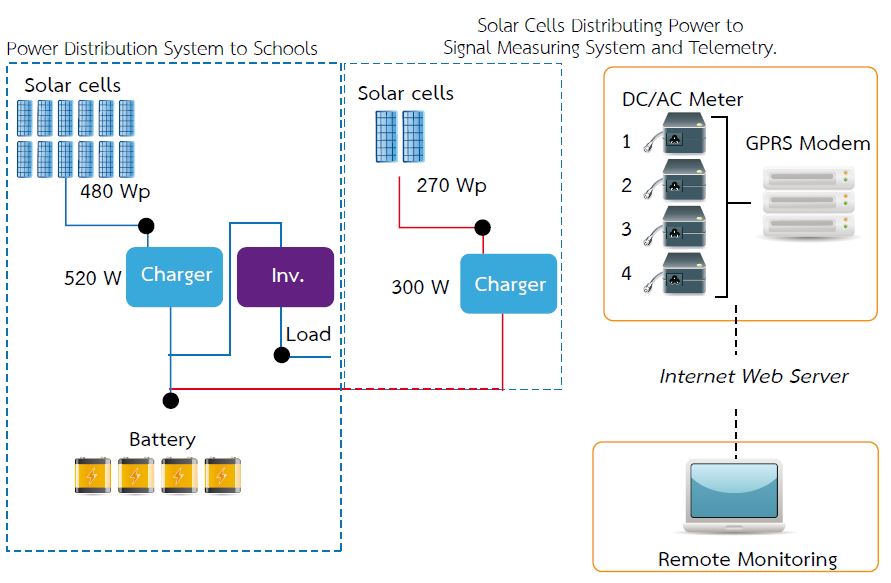 Dr Kobsak Sriprapha, Chief, Solar Energy Technology Laboratory, NECTEC, NSTDA, who is responsible for technical matters of the project said, “Our team is very proud to have participated in an undertaking that is useful to children and these highland schools. We have learned and acquired many experiences, for example, how to solve technical problems at challenging landscape.. I do hope that the solar power generating systems that everyone has built will be the conduit of knowledge that contributes to improving the quality of life of villagers in each community on a sustainable basis.”

Good management and use of appropriate technologies as in this project could be used as a model to be replicated in other areas, in particular, for management of solar power generating systems that use telemetry to measure data, and for their systematic maintenance.